Born and raised in Brooklyn, New York, Al Fliction has been an artist most of his life. Fliction was an integral part of the graffiti movement in New York City that saw urban youth leaving their artistic imprint all over the Big Apple's subways and landscapes.

Now an entrepreneur in the exploding urban tattoo market, Fliction owns and operates two boutiques, hosts tattoo parties in his custom-made RV, and co-founded the first and only urban tattoo convention in the world. 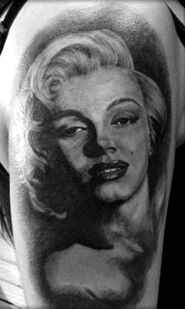 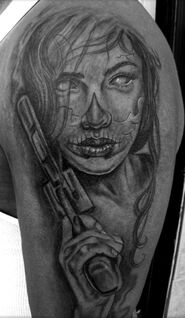 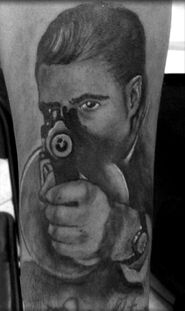 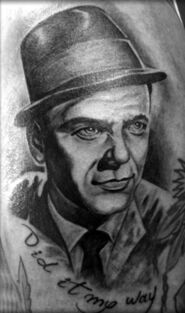 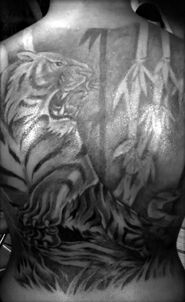 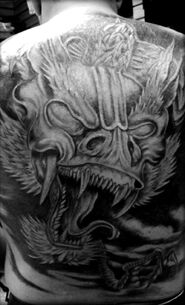 Al was the third tattooist eliminated from season one of Ink Master. 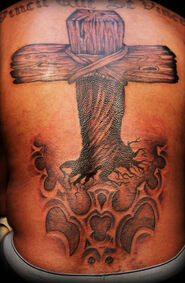 Episode 3 - Black and Grey
Add a photo to this gallery
Retrieved from "https://ink-master-tv.fandom.com/wiki/Al_Fliction?oldid=6725"
Community content is available under CC-BY-SA unless otherwise noted.