Ashley Bennett is a tattoo artist who was featured in season four of Ink Master.

She is a tattoo artist at Body Graphics in South Windsor, Connecticut.

Ashley takes great pride in what she's achieved as a female artist in a male dominated industry. An apprenticed and self-taught artist, she's got a competitive spirit and firey attitude, but can't handle any criticism or pressure.

Ashley has worked hard to gain the respect of her peers and clients, and wants to prove that women in the tattoo industry are just as good (if not better) than their male counterparts. While she describes her style as colorful and bold, Ashley enjoys tattooing traditional styled pieces.

Her time on the show was short lived because she cracked under the pressure. She could not handle any minor criticism from the judges or being called out on her mental fragility by her peers.

In the redemption series, Ashley was called out by her previous canvas for comments she made behind his back. Ashley made comments that she uses her femininity to influence her male clients. 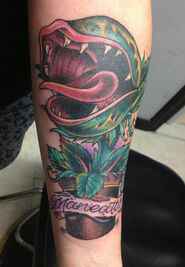 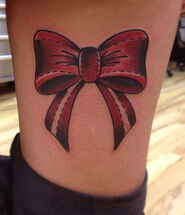 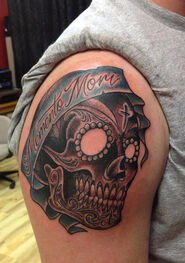 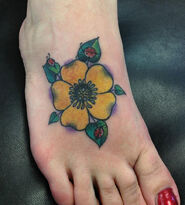 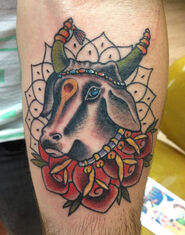 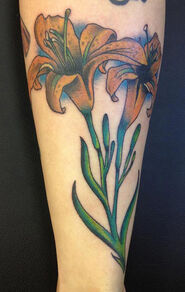 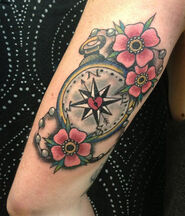 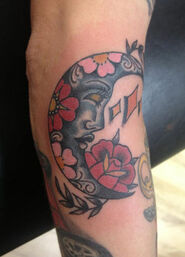 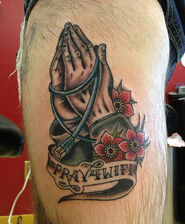 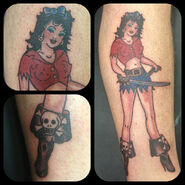 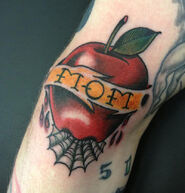 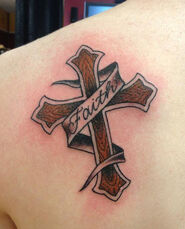 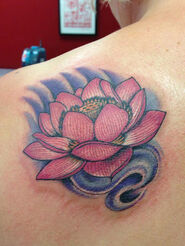 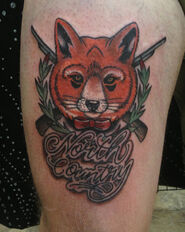 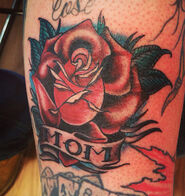 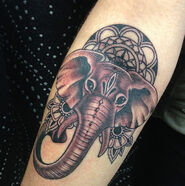 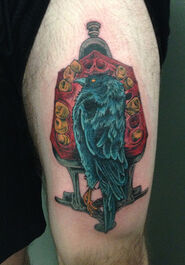 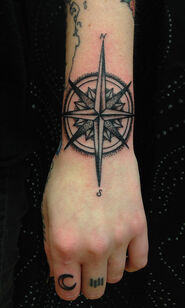 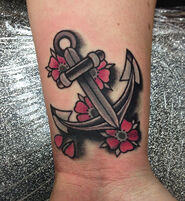 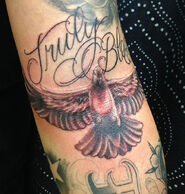 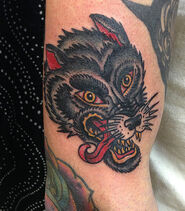 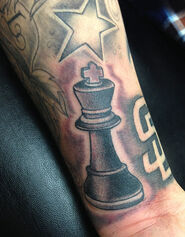 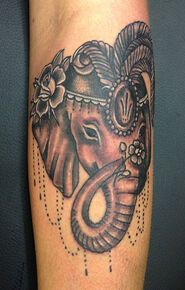 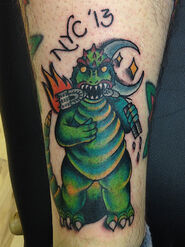 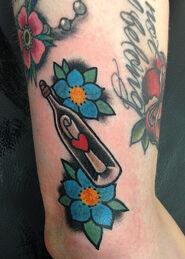