Josh Woods is a tattoo artist who was featured in season one of Ink Master.

He owns his own shop, Black 13 Tattoo, in Nashville, Tennessee.

Josh Woods's early career as a musician led him to a fascination with tattoos. After achieving moderate success with his band, Woods chose to follow his true passion - to become a tattoo artist.

With apprenticeships at shops with artists in Buffalo, New York and Atlanta, Georgia, Woods has worked hard to make a name for himself and is known for his use of bold, bright colors and a 'cartoony' illustrated style of tattooing. He's been featured in numerous tattoo magazines and is also featured in Mike DeVries' bestselling book, Tattoo Prodigies.

After hitting the international tour circuit, he took the big leap and opened his own shop. For the second year in a row, Woods' shop Black 13 Tattoo was named the #1 Tattoo Parlor in Nashville by Nashville Scene magazine. 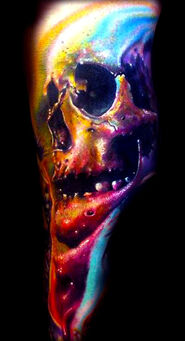 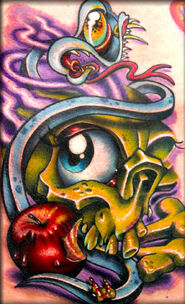 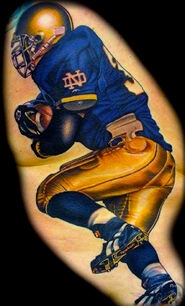 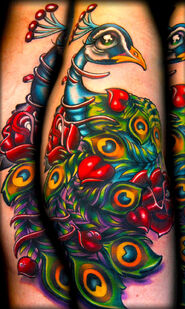 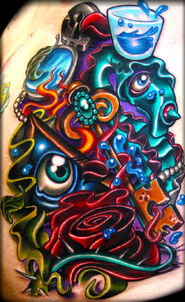 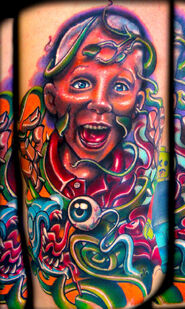 Josh was the seventh tattooist eliminated from season one of Ink Master. 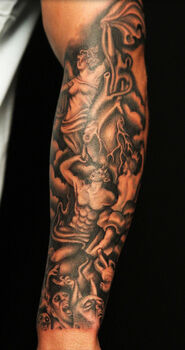 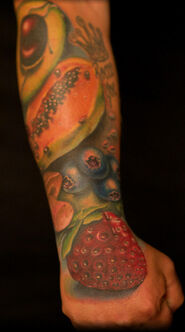 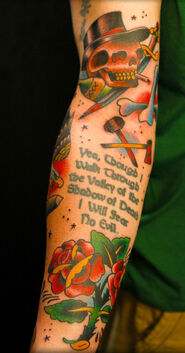 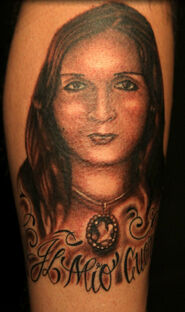 Episode 7 - Portraits
Add a photo to this gallery
Retrieved from "https://ink-master-tv.fandom.com/wiki/Josh_Woods?oldid=5983"
Community content is available under CC-BY-SA unless otherwise noted.