Kyle Dunbar is a tattoo artist who was featured on both season three and season four of Ink Master.

He owns the Almighty Tattoo studio, in Flint, Michigan.

Kyle is a self-taught tattoo artist who hasn't built his reputation on being the nice guy. He says that he worked at almost every tattoo shop in his hometown of Genesee County, Michigan, only to have been fired from every one of them because of his abrasive attitude.

Kyle dislikes tattoo styles with strict rules and prefers to create his own world of 'badass art' where he can control gravity and twist reality to his own liking. Kyle opened his own shop Almighty Tattoo in 2003 with his wife and has clients coming to him from all over to get inked in his signature extreme realism style.

During the live season 3 finale, Kyle Dunbar won a spot to be on season four of Ink Master.

Although having nearly the most experience out of all the contestants, Kyle Dunbar was unable to catch his stride. The judges, particularly Nuñez, harshly critiqued his elimination tattoos due to his tattoos not being on par with his past portfolio. Dunbar began to react negatively to the critique and would spend the rest of the episodes dwelling on it. After the seventh episode, where Dunbar was told the judges thought he should have been sent down for elimination and calling him insane, Dunbar had reached his peak. On the eighth episode flash challenge instructions, Dunbar began to 'maddog' Nuñez. After asking what was bothering him, Dunbar said he didn't appreciate being called insane (it was Peck who called him insane) and his work being critiqued, he called Nuñez out for being a bitch. After words were exchanged between them, a fed up Dunbar began to charge at Nuñez. The production team had to separate the two. In an effort to calm him down, Nuñez asked Dunbar to air his grievences. Nuñez had asked why would the judges praise his work when it wasn't at the level of other contestants such as Scott or Sausage, as well as why would he enter a tattoo competition if he didn't want his work judged. After calling each other insults, Kyle once more began to charge at Nuñez. Afterwards, Dunbar was disqualified from the competition.

The cast of season 3. 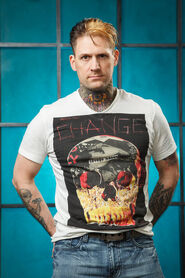 Tattooing live at the season 3 finale. 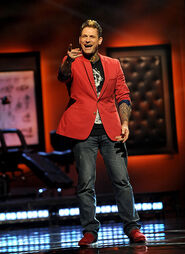 The cast (minus James) at the season 3 finale.

The cast of season 4. 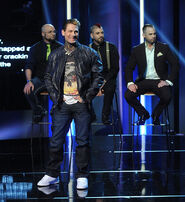 At the season 4 finale.

At the season 4 finale. 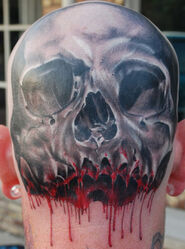 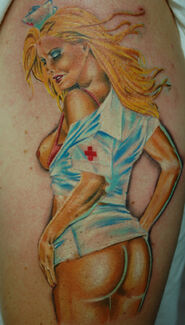 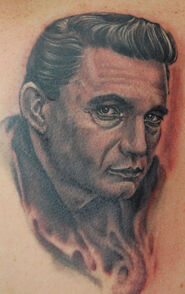 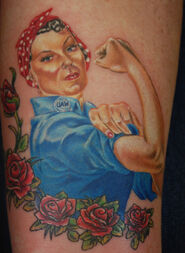 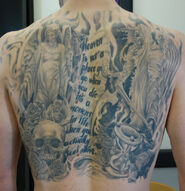 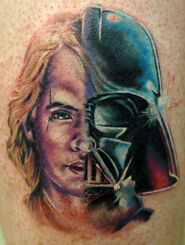 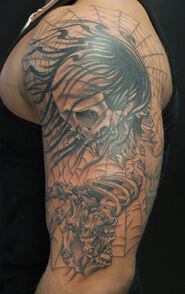 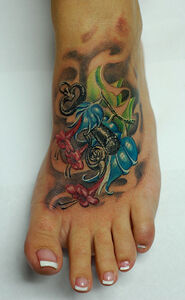 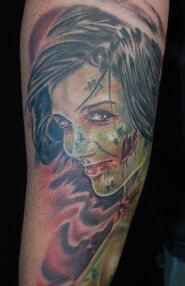 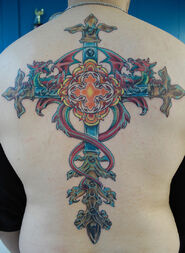 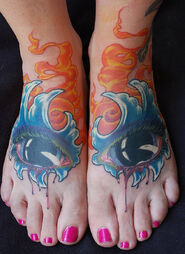 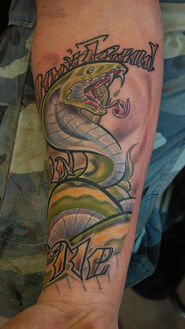 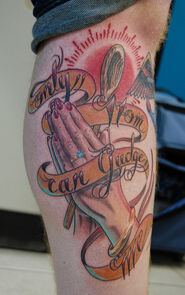 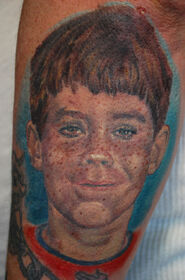 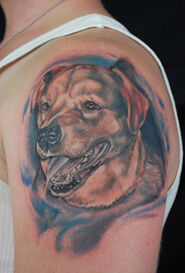 Kyle was the thirteenth tattooist eliminated from season three of Ink Master. 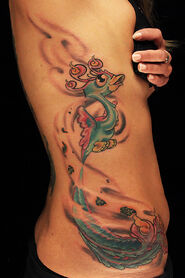 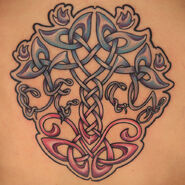 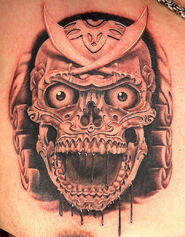 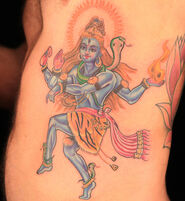 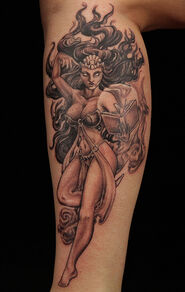 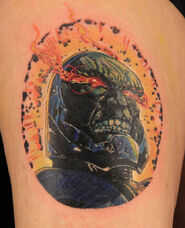 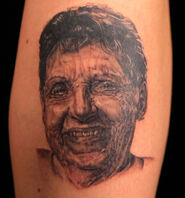 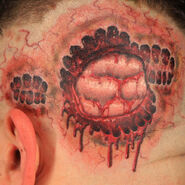 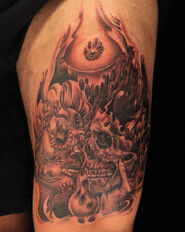