Start a Wiki
Tray Benham is a tattoo artist who was featured in season two of Ink Master.

He owns his own shops, Big Daddy's Tattoo, in Bradenburg, Kentucky.

With southern charm and the gift of gab, 'Big Daddy' Tray is an outgoing tattoo artist from the small town of Brandenburg, Kentucky and he's not afraid to say what is on his mind. Tray prides himself on super clean lines, smooth shading and extensive use of color.

Tray is the owner of two Big Daddy's Tattoo shops in Kentucky. His fresh and new style of tattooing was like nothing ever seen before in his home state and he has helped to inspire a new generation of artists. Tray's work has been featured on numerous covers of national and international magazines and won numerous awards at tattoo conventions held across the country. 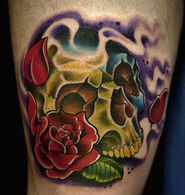 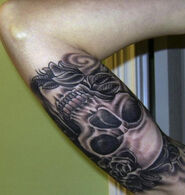 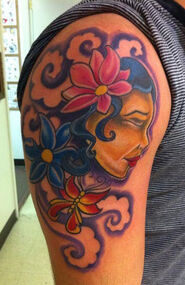 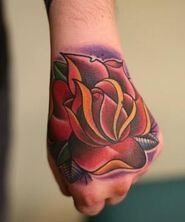 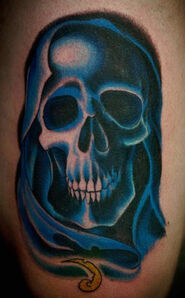 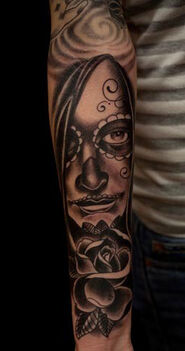 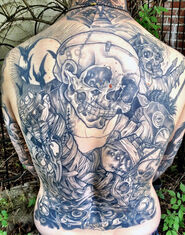 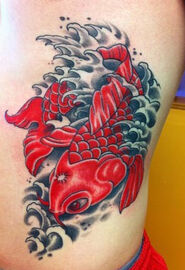 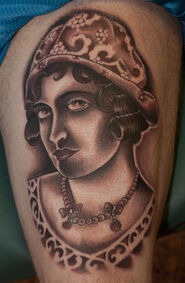 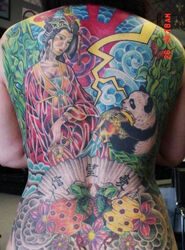 Tray was the fifth tattootist eliminated from season two of Ink Master. 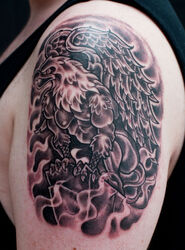 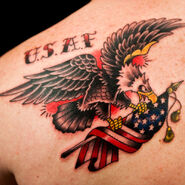 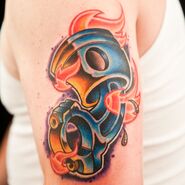 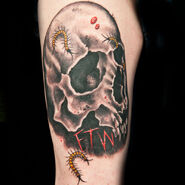 Episode 5 - Horror
Add a photo to this gallery
Retrieved from "https://ink-master-tv.fandom.com/wiki/Tray_Benham?oldid=6033"
Community content is available under CC-BY-SA unless otherwise noted.